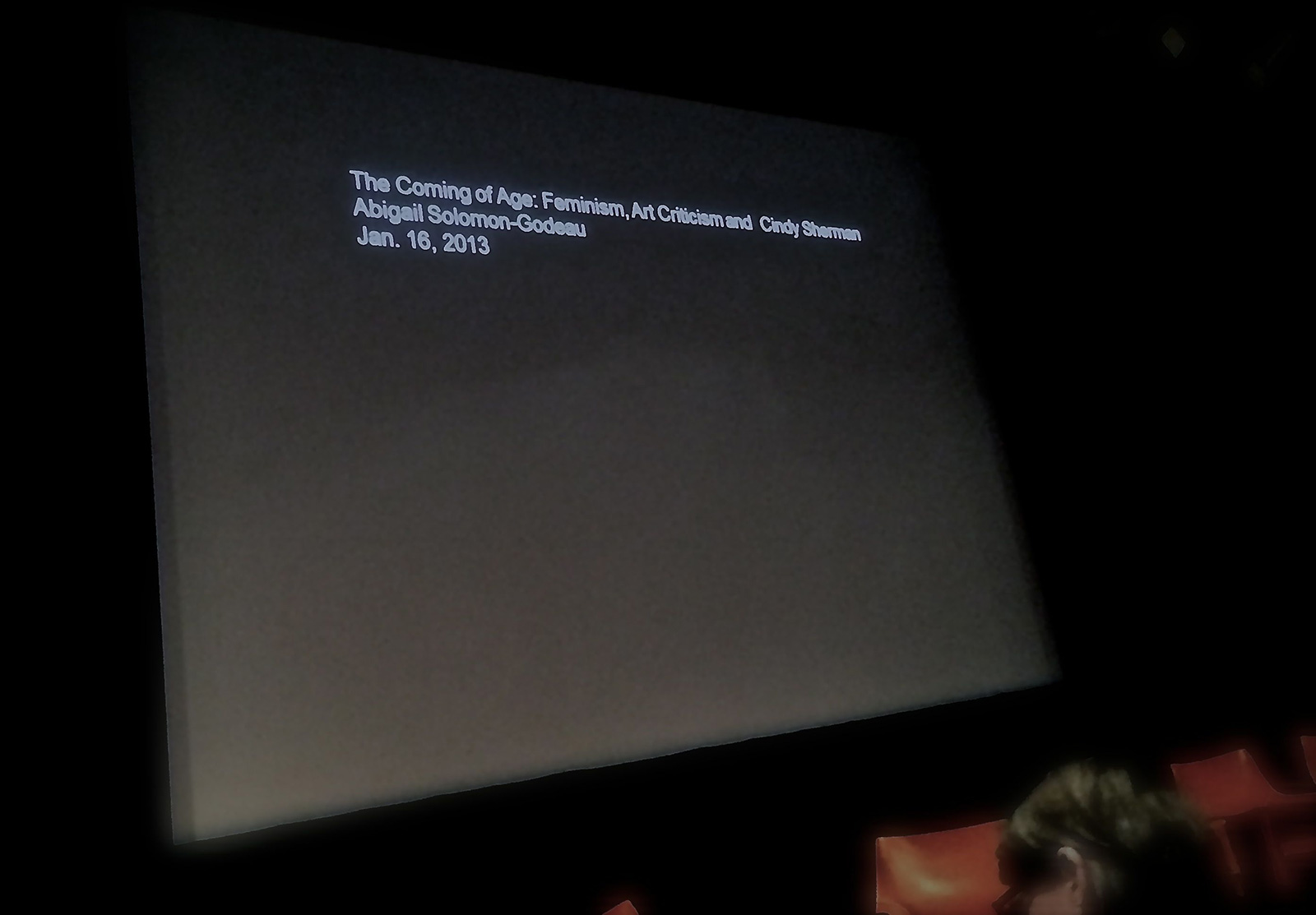 Abigail Solomon-Godueau is professor emerita, the leading expert on Cindy Sherman and one of the most radical and best renowned feminist art historians of our time. When Solomon-Godeau visited Sweden to give a lecture on Sherman she also agreed to this interview about the state of feminism in the art world. The meeting resulted in this inspiring conversation with Katarina Rosengen Falk (KRF), transcribed by Corinna Müller.

KRF: The issue of feminist art is only interesting in very specific discourses and situations, if it’s at all relevant. To label a work of art or an artist as feminist is practically impossible today, mainly because feminism as such is often misinterpreted. Art made by women dealing with femininity in different ways is’t necessarily feminist, for instance. Certain topics, themes and aesthetic expressions such as girlhood, the female body, sex, a childish, naivist aesthetics and so on are often automatically labeled as feminist.

ASG: That’s misogynist. It’s like saying if I see bad art, it must have been done by women.

KRF: It certainly is. And antifeminist, as well. It’s not rare to see art that I would never interpret as feminist being labelled feminist in the art world. It’s an ongoing discourse, of course, and not very elaborate or advanced, as of yet. We still haven’t reached a point where art presented as feminist by an openly feminist artist is regarded as a starting point for defining what feminist art would be, if there is such a thing?

ASG: So why would you declare that you’re a feminist artist if you live your life as a feminist, and in your personal, political and social relations you are a feminist? And for that reason, Cindy Sherman has never gone around saying “I am a feminist, I believe in feminism, I espouse feminist politics”. But nevertheless, to fail to see that her work is unthinkable outside feminism and outside three generations of art that deals with similar issues, and to fail to see that even she HAS acknowledged that the presence on the art scene when she was in art school of an Eleanor Antin or an Adrian Piper, or a Hannah Wilke was enabling to her as an artist – should, as far as I’m concerned, be the end of the discussion of whether Cindy Sherman is a feminist artist.

Any given work, a film, an opera, a theater piece may or may not be dealing with issues to do with gender, to do with sexuality, to do with domestic life – may or may not be dealing with these issues. But any work of culture is susceptible to feminist reading and feminist analysis. It’s not a question of the content of the work, but a notion of a certain critical practice that is attentive to issues of sexual difference. Which are generally always there. – Have you just seen Nymphomania?

To label oneself a feminist artist is to really marginalise oneself.

ASG: Are you going to?

ASG: I haven’t seen it yet. It’s in Paris, it is there. But I was writing my paper. I will see it. Now it goes without question that Lars von Trier is not a feminist. And also, it seems progressively evident that his work is deeply misogynistic. That doesn’t mean that I do not want to do a feminist reading of the work, because the alternative is just to say, “I hate this” in advance, I’m not gonna see it, I’m not interested. And there are certain people who say, life is too short. But if it’s somebody who has serious cultural credibility, then you don’t want to kind of just let it pass.

When I first came to Sweden, I wrote a review of Breaking the Waves for Dagens Nyheter. Thanks to Sara Arrhenius, I wrote a review. The thesis basically was, this is a ridiculous, misogynist movie and how come it’s being taken so seriously? It unleashed a huge controversy, and all these angry men wrote to the newspaper and said, why was I saying what I said? You could look it up in the archives! I said it was foully religiosity, and I quoted Alexandre Dumas’ advice to an aspiring young writer, who when asked “what’s your recipe for success”, Dumas said, “torture the heroine”. That’s applicable to everything, all of opera.

KRF: There’s a new kind of heroine in Swedish movies that have been also made into American films.

ASG: But there’s also Borgen, which is great. So there’s another vision of women, right? Wouldn’t you say that’s the case of Borgen?

KRF: I haven’t seen Borgen. Maybe I should. Have you visited to Sweden before? 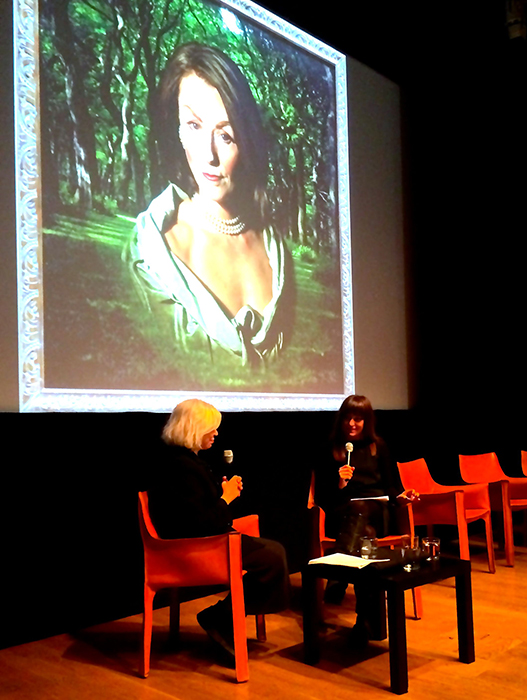 KRF: You’re a professor in America?

KRF: You did? Good for you. Congratulations! How does it feel?

ASG: Thank you. Like liberation! I was 20 years in Southern California. I’m not a California person. I do not drive, I smoke, I eat meat, and I’m allergic to sun. I have the kind of skin you have. It wasn’t a good place for me. I live in Paris now, but I always had a life in, you know always, because I was married to a French scientist and moved there in 1978. So I have a long, long history. I was there every summer, you know when I was teaching, and when I had a grant, I was always back in Paris. So when I retired from teaching, I was able to leave California and come back to France to live.

KRF: When you want to experience art as non-professional as possible, as pleasure, if you still do that, what art do you turn to?

ASG: For pure pleasure I go look at Watteau in the Louvre. You know what I mean, pure pleasure is for me historical art that I don’t write about, that I don’t have to think in a scholarly way about, art that I can just look at and feel pure pleasure. And while there are many, many contemporary artists that I love, and many more that I like. On the other hand I could say what I don’t like, what I loathe is what I call guy art. Big, very big – VERY big, and very stupid. Think Jeff Koons.

Take Hilma af Klint, for instance. To call her a feminist artist is insane. It wasn’t possible to think in that way. On the other hand it is perfectly possible now, in 2014, to read Hilma af Klint in ways that have to do with feminism.

KRF: Hilma af Klint is a perfect example of the acute need for more advanced definitions of feminist art, feminist artist and female artists, as entities of their own and in their own right. It’s astonishing to me how af Klint’s position as a woman in her time hasn’t been analyzed more. It’s obvious from a historical point of view that this would have defined her art in more profound ways than has been acknowledged. As in her in our time the focus on af Klint’s religious beliefs, that’s easy to belittle and ridicule, has been analyzed as more relevant to her art that her work is not really art. To me that’s an appalling interpretation of af Klint. 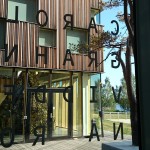 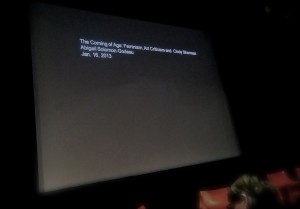 Du har läst:
Abigail Solomon-Godeau in a Conversation on Feminism and Art with Katarina Rosengren Falk 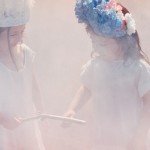