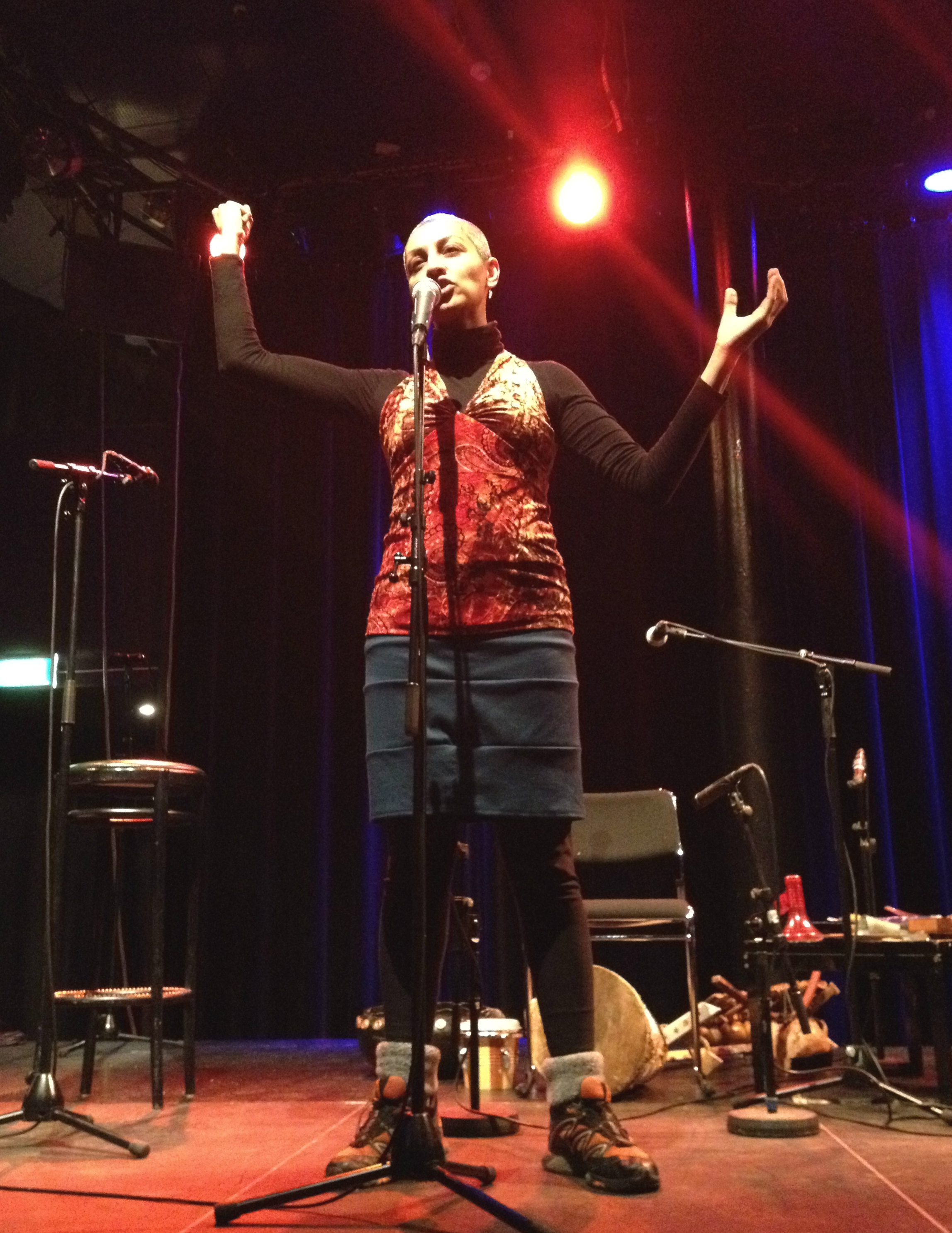 Listen to those who you want to be in solidarity with.

This was the seemingly easy, yet evasive, explanation and advice from Shailja Patel when asked about inclusive feminism and the danger of elitism and exclusiveness. Patel’s art can be interpreted as a means to overcome limitations and the kind of categorizations she implicitly problematises.

I willingly participate in it; the lovings and likings that are part of our everyday routines since the breakthrough and -in, of social media in our lives. The seemingly simple actions that consists of pushing the like-button och sending some kind of emoji, bitmoji or something. Expressions of true emotions? More often artificial and superficial positionings, at the time when this interview took place understood as best suited for pathological narcissists. I sometimes truly appreciate the like’s and the love’s but something about it is simultaneously really bothering me. What?

The musical voice of Shaijla Patel, reading from her book Migritude, broadens my view and deepens my understanding. The story of the child that she once was, the girl from an Asian minority in an African country, sent away to the western world to study is consciousness raising in a way, on many levels. Little girl Shaijla, a serious person, with high self-control, working hard to be accepted by several majority societies. Yet, she never got to hear her, in their turn hard working parents, express in words what western people say every day, about things and experiences, as well as people and animals, especially in the sphere of social media: ”Love!”.

Love is a Luxury Shaijla Patel explains from the stage at Kägelbanan in Stockholm.

The Asian Dispora, lived experiences in places like textile factories that are nothing else than cruel labor camps of capitalism and colonialism, the merciless struggle and strive to be accepted my a majority culture that at the same time is ruthlessly exploiting your body and culture, the feeling of living in a kind och culturalimperialistic state of extinction of everything from ambi, that once upon a time became paislay, to chai, that nowadays is percieved as a ”beverage invented in California”, perhaps the place on earth where the word ”love” is most commonly used. Speak without fear. When Migritude is performed in its entirety, the saris that Shailja’s mother has collected and saved for her for 30 years as a trosseau plays an important role. The beautiful garments are used as something completely different to what they were meant for and now symbolise both a celebration of otherness and minority culture and objectification, exotisation, under-evaluation, stereotypes and all kinds of prejudice projections.

Watching the whirling fabrics, memories awaken of how I felt about the clothes that my grandmother made for me. Perfectly fitted dresses that I was immensly proud to wear as a child, while my teenage self considered new clothes of the right brands much cooler, in spite the fact that the exquisitly tailored clothes were made for me by a professionally educated tailor and seamstress. By a woman that was sent away from her parents as a child, to her own grand mother and within the country, but still, sent away, until she was old enough to be made to return to take care of her four siblings. ”Before we claim a word, we have to earn it (…) With the very marrow of our bone, we have to earn its meaning”, says Patel, and I realise that my grandmother never said ”I love you”.

Migritude is a concept coined by Shailja Patel, and it incorporates among other things ”migrant attitudes”, ”migrants with attitude”, a generation of migrants who are envoiced, who speak without fear or hesitation, and who do not define themselves neither by their country of origin nor their new destination. It also, obviously, draws on the history of Negritude, a movement in the 1960’s which reclaimed and revalorised black african culture and asserted its power and value as something that do not need to be assessed by european culture.

Shaijla’s stage performances is, and has been called, political poetry and Spoken Word, but as a whole the performance includes, among other things, dance. Art by women has been under-evaluated through history, and the field of avantgarde art is no exception. When Performance was established as a new discipline in the field of the arts, women artists played an important role, while men were still experimenting traditional mediums such as painting and sculpture.

An explicit political purpose or agenda is often devalueated, in the artworld as well as in the academic field. Ideologically infused art is commonly criticized as being overbearing, too explicit, which makes it a liability to categorise artistic expressions as political. Simultaneously, describing some forms of feminist activist art as sort of simplistic can have deeper meanings. Naive expressions influenced by punk aesthetics and/or popular culture in feminist art collectives such as Pussy Riot, who embrace the Riot Grrrl-genre, is often perceived as a conscious, bold and brave choice. Among other aspects of the interventions/performances the clumsy choreography and childlike movements and colourful clothes are used to illustrate and illuminate subordinated positions to white-, adult-, middle and upper class-, masculine-, heterosexual-, western- hegemony. An obstinate, childlike person dancing and kicking is a metaphor that can be interpreted in many ways, sometimes brushed off by the establishment in the artworld as a misbehaving toddler or a teenager throwing a tantrum by disengaged adults.

Being called out as a political poet and activist is therefore risky, and when I meet Shaijla Patel after the show I wonder how she has arrived at this, kind of bold, decision.

That question is crucial to me, says Shaijla. Toni Morrison, wrote ”all art is political” and I bring that same lens to gender and race: all art is raced, all art is gendered, it’s just that the art that is created by white men is considered to be universal. Art that claims that it is not political is also political, by not taking position and agreeing with status quo. When I call myself a political poet I am chosing to make explicit that politics is one of the moral values of my work. This is a question we should bring to all art: what are the politics of this work?

Migritude is multivariate to the core, an ingenious concept published as a book, documented in the art performance, both aesthetically and intellectually brillant and Patel has been called ”the Face of Globalization” by CNN. This makes me curious about how she feels about being labelled and perceived as a representative for such a complex concept and situation that she is implicitly critical towards.

Part of me always resists labelling and being pushed in a box. The whole message of my work is to resist categorisations and to focus on what people do rather than what label they fit under. But the truth is that in the world, we label. It is very hard for us to encompass the full complexity of a globalised world, so when people talk about me as the face of people-centered globalisation it gives people a point of entry, makes them ask questions about what I do and allow them to approach and enter my work. Also, I actively seek out platforms to address the demand for a people-centered globalization. To me, part of the purpose of my work is that it opens up these kinds of platforms.

Kim Cook, the director of Migritude as a performance, perceived in Patel an ability to express the Asian and African diasporas, globalization, colonial exploitation from a specific position and history that could be told via Shaijlas saris. But Cook also perceived a universalism, that can seem contradictory. Patel is able to overcome the philosophical and aesthetic standpoint from where she is coming, which makes her expression, as well as the interpretations of it, multivariate, to the core. In the words of Gayatri Chakravorty Spivak:

The notion that art can spark and create change could in itself be interpreted as a universal claim; that anyone could understand and relate to a piece of art and that this involvment and insight can change people’s perceptions, stereotypes, ideals, structures – the real and the perceived borders that we experience, produce and (re-)produce on a daily basis. Since Swedish feminism constantly adress intellectual as well as physical borders that Shailja Patel highlights in her work I ask her about advice on how to avoid reproducing white, academic, heterosexual-, middle- and upper class positions and how to act and continually create solidarity. The answer is as obvious as it is complex:

Listen to those who you want to be in solidarity with, that’s all there is to it, let them tell you what it is they need.

This text was first published in the Swedish feminist newspaper Feministiskt perspektiv on the 14th of December 2012. 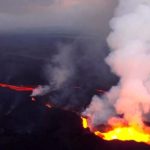 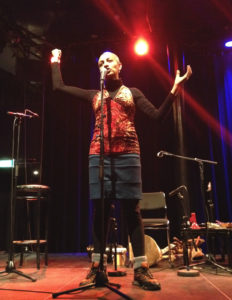 You have read:
Communicate With and through Complete Solidarity 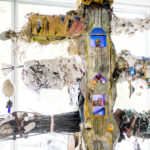 Next
“It’s important to me to express myself about art”