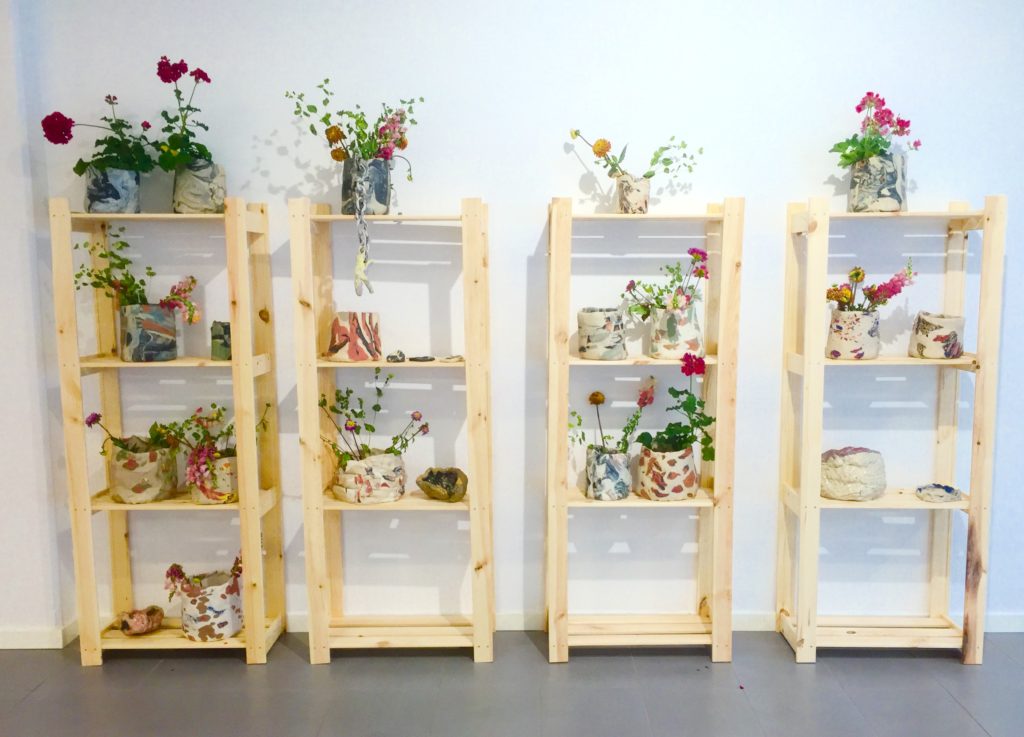 In an art gallery in Karlstad, Sweden, ceramic pots with geraniums are neatly arranged on plain wooden shelves. Aesthetic floral arrangements, irregular ceramic sculptures and flowing fabrics fills the room. When encountering the exhibition Kedjan mellan berget och elden (The Chain connecting the Mountain and the Fire) by Kakan Hermansson the installation Smile by Rashid Johnson from last year returns to me.

At Hauser & Wirth in London, Johnson had placed metal formations with decoratively arranged potted plants in the centre of the venue. Placed among the many green plants a sharply yellow bust, made of shea butter. Thriving plants, as if perfectly watered and handled. Arranged in neat squares. Framed organic material, like a professionally clipped hedgerow in a landscape garden at a mansion or a perfectly arranged flower-bed at a private villa. Aesthetics telling of ardous work from someone with a lot of time and great knowledge. Of status, perfectionism. The kind of meticulously arranged botanics that I otherwise cannot enjoy without contemplating time; the time it that goes in to choosing seeds, plants, pots, places to put them, to tend to, to water. And the waiting for it to grow. Chastised nature requires constant effort.

Inherent in that kind och beauty is melancholy. The mind wanders to the withering of everything, to how the plants will wilt, to the hand that tends to them, to the cycle of all entities. An almost physical experience of time passing, immediate as in the vison of a meadow that used to be a lawn, a shipwreck in a sea bay  or an abandoned building in a forgotten part of a city.

Places and artefacts that nature has reappropriated from what man has created, and therefore instantly evoking visual pleasure. With paintings and a large sculpture, Johnson mounts the exhibition furthermore. Titles as ”Fatherhood” and ”Untitled Anxious Men” confirms the notion that problematising masculinity is the intention. 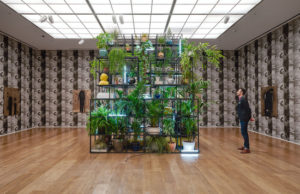 Hermanssons expression is classically female, feminist. Naivistic. The art is organic. Undone. She presents everything but perfection and status. Makes room for incompleteness, partiality, becoming. As a defient reaction to hierarchies and ranks. With the colourful geraniums in the usable pots the scultpures connect art, arts and crafts and a window sill in a grand ma’s kitchen. The beautifully glased, yet consciously bulgy pots provoke different intellectual concepts than the neatly and aesthetically arranged shelves by Johnson; has Hermansson been in a hurry during the process or is every irregularity carefully considered during slow, metodical work?

The answer is implicit in the works. They’re all similar, following the same aesthetics. The same kind of steady fast kneading that has formed the pots has also created the large chain with charms that covers a wall. A makro version of the charm bracelets worn by young girls, today also available for women. Every birthday I wished for a new charm for the beloved jewellery, a heart, a zodiac gem stone, a four-leaf clover.

With the larger format there’s a brutality to the chain, as if the charms hanging from it was some kind of trophys from some sort of collection, or even hunting. Traditional masculinity and classical femininity comes together. Irregularities creates the notion of a continuum, of a play with temporality, of daring to stop in motion in the way that the feminist artist Tala Madani describes her process. Visible hand impressions in the clay suggests bodies and manual labour. The aesthetics embodies a courage because of this. Of stopping before the artefact reaches perfection, of not striving towards perfection.

Kakan Hermansson has explored boundaries in other was, as well. She can be interpreted as a female, younger equivalent of the artist and sculptor Ernst Billgren. We can watch her in different kinds of TV-shows, as Idol, Jills veranda and julkalendern. She’s also well-known as a writer, blogger. But her performances in the media has another ring to them than the exploration of the ironic-narcissistic undertow present in what Billgren does. She has an appeal of honesty and popular expression in what she signs up for in the media. A truthfullness that is present also in the seemingly unfinished clay artefacts. All reminiscent of femininity, sensuality, body, sexuality. The common expressions of female and feminist artists through the decades, provocative in itself. There’s an inherent problem with women artists working in, and evolving, this tradition. A discourse that by the establishment has categorized them as solely political in their art – and thereby less advanced artistically. A professional choice that puts them in other venues, contexts and other kinds of interpretations than other artists.

In Kedjan mellan berget och elden my mind doesn’t have time to linger on how things could be different if Kakan was embracing more traditional methods and aesthetics, on problematising of a female artist literally cultivating this classic feminist tradition. The chain itself keeps me hanging in the notion of the works and I allow them to linger, returning to them during the following days. The place on the female, feminist, queer art arena that Hermansson claims with her clay artefacts and installations becomes something to analyse as a renewal of the tradition of women art. The macroformat is used without replacing the miniscule, seemingly ridiculous, like the tiny dog sculptures, a pigs foot or busts. Sculptures that may have been worked on many more times, had it been Rashid Johnson that created them?

The masculine melancholy of Johnson is replaced with a feminine insurgency. Insted of Billgrens passive aggressive irony here is Madanis philosophical naivism to be found. An inherent knowledge of how this art most probably will be interpreted, and as such, a provocative play with structures and stereotypes.

I remain in the middle, longing for more works by Hermansson in the larger format, as if I still, if only just a tad, underestimate the tiny pots, the cute clay dogs, the useful everyday objects in comparision with the monumental. Visualizing enormous, irregular sculptures of glased clay. To disengage from the culture we live in is complicated, a fact that Kakan Hermansson continues to put focus on in her art. 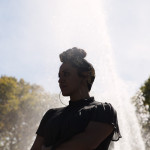 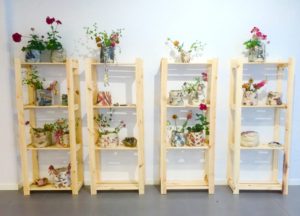 You have read:
Pots and plants as Art 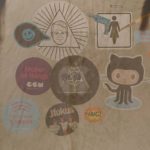 Next
True Womance Magazine and New Website in English!