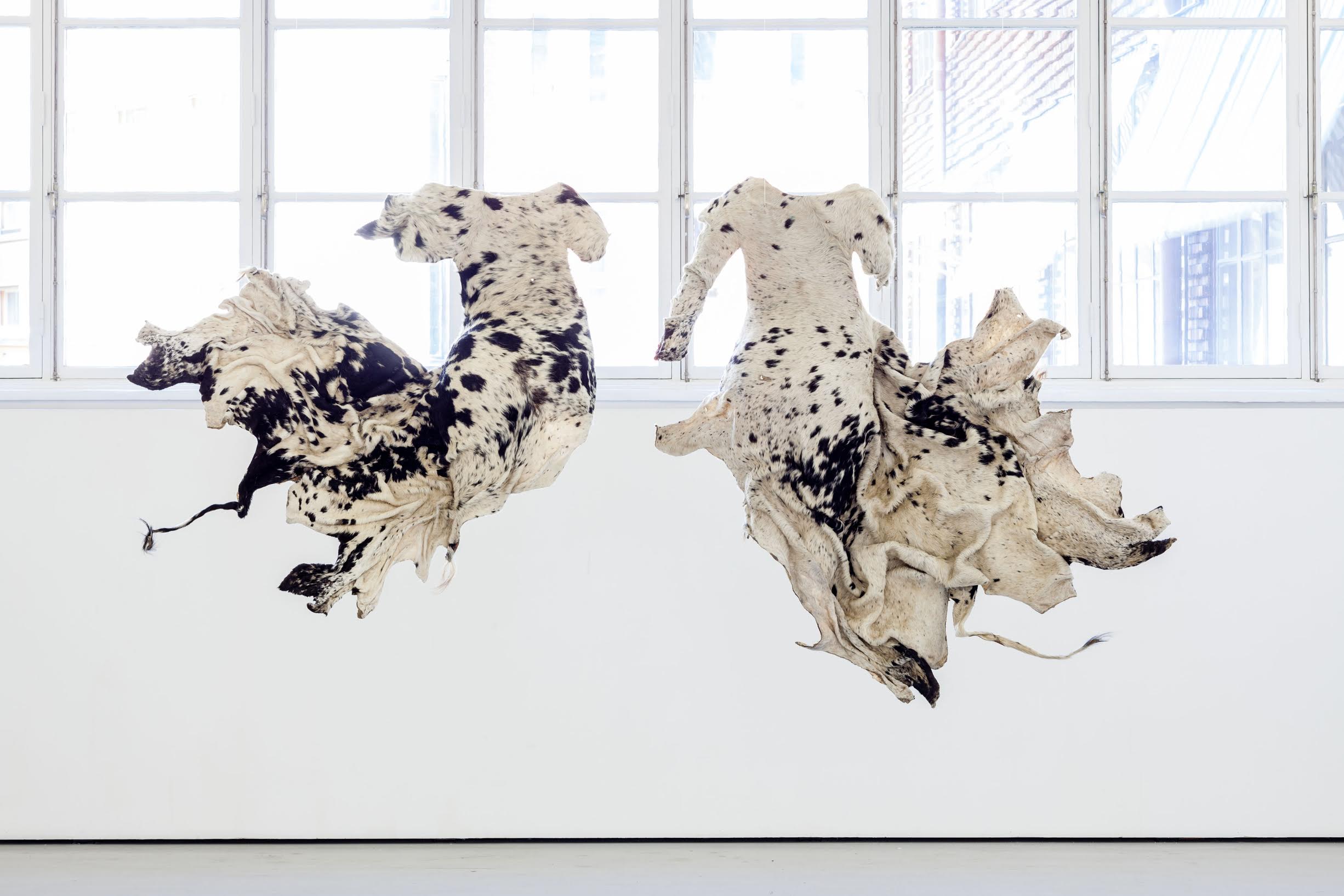 Shoes with moderately high and realatively sharp heels hit the floor gently.  A sound reminiscent of elegance to some. Of taking part in some kind of festivities. At least when the place it is experienced is a kind of art venue. In other situations it can be experienced as a violent sound.

Upon Arrival at art gallery at Hudiksvallsgatan one of the managers greeted us welcome. White walls. Paintings. Sculptures. And other pieces of art surrounds us. We exchange greetings.The True Womance Team and the Andrehn-Schiptjenko team. Working together on this day.

Taking a walk and making small talk we produce that sound again. Of professionalism. Even elegance. Possibly glamour. Sometimes the sound of expectations. At this particular moment in time it was just that. In different places and other times it is a violent and fearful noise.

The huge rooms with windows everywhere, allowing the light from outside in, is brightly lit and it is warm. It is almost too hot. This art venue, as well as the team running it, has become a very well known institution in the Swedish, and international, world of arts and culture.

Cline Andréhn guides us through the exhibition. Again, that sound. Familiar in a place like this, the sound of professionalism.

As we continue Marina Schiptjenko also greets us welcome. With her is a petite canine creature. The kind of being we call “hund” in Swedish. A rescue dog.

Paintings, photographs, sculptures and other artefacts now surrounds us and on display this day a lot of work by the magnificent Nandipha Mntambo. Ciléne has told me that “we call her Nandi”. 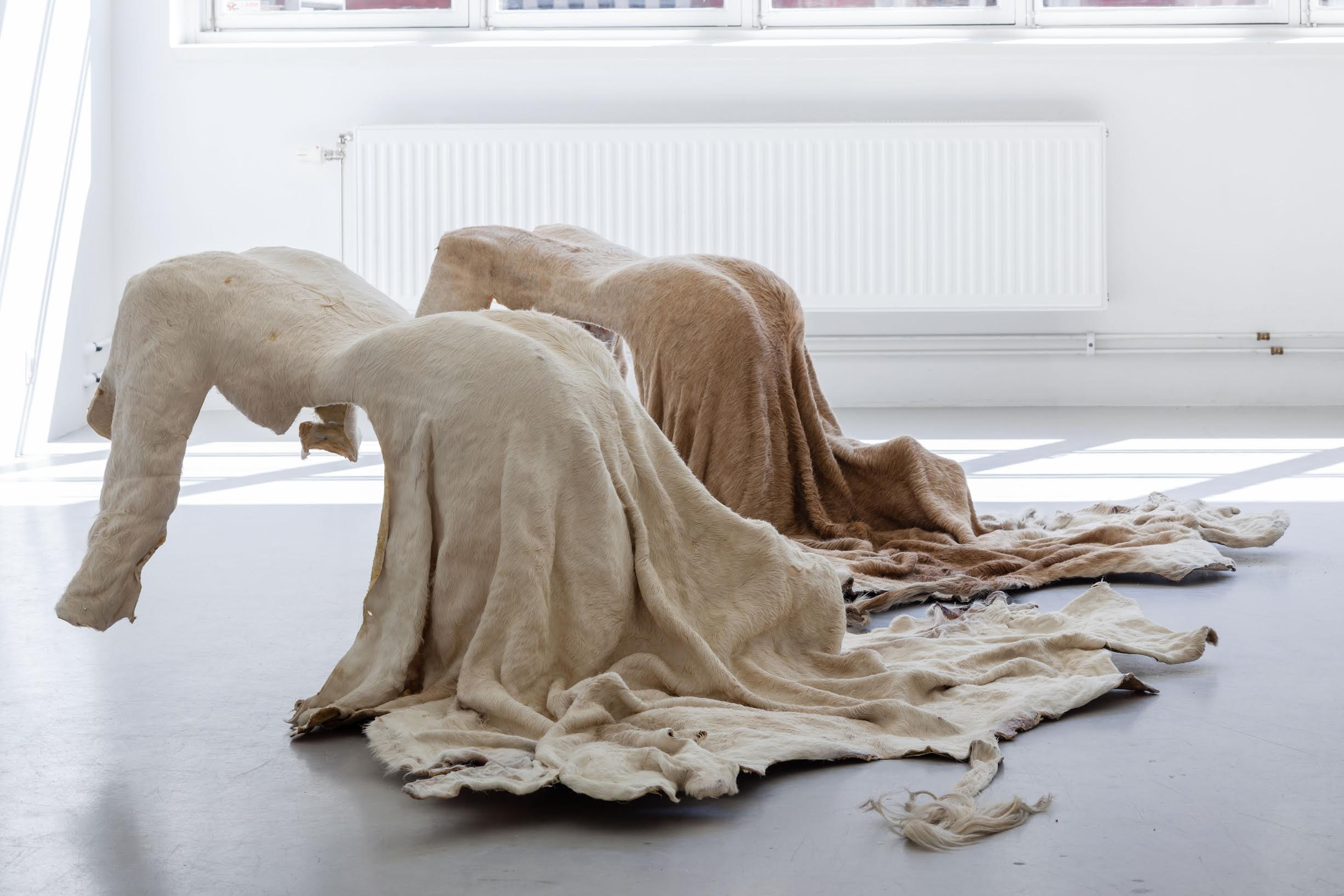 In this show the artist has used the for her usual material in other ways than previously. Earlier on making sculptures out of bronze and cow hide, Nandi now has taken on a different path. Black paint covering parts of huge canvases with hair pieces similar to horse tails clearly indicates that the artist has started on a different path. I find myself wondering “is it a cow?”

How to interpret this transformation and her new relationship with the material? Girls as seen through elderly women. Elderly women not growing old in the ordinary way. Grown women bending over. Bowing down. Giving in? Female beings has been the focus for me when preparing the questions in advance. Feminism. Intersectional theory. Nowadays including animals in new ways. Will I be able to use them? I wonder.

From the combined kitchen and office area, the artist appears and we are guided into a room that has been prepared for this occasion. As we take out seats I ask Nandi about “The Animal Turn”. Acutely aware that it most certainly is a complicated question for her to answer. Not only because of the theoretical perspective is so obvious. But also because of the practice. How to produce and use these pieces.

As we take our seats in a small sofa for two and a chair for me, Nandi answers. She is patient and polite with me.

“Yes. I use these materials partly because of the connotations with femininity.”

“Since it is common knowledge that women are associated with nature in other, and often stronger ways than men, I incorporate those ancient, but at the same time contemporary, ideas in what I do. The stand point being that we are all connected.”

“Situated as women we face other difficulties than men when it comes to nature and our bodies?”

Lingering on that for a moment my mind wanders to a previous occasion when I have visited this room. I have been here before. Buying paintings.

“Situated as women we face other difficulties than men when it comes to nature and our bodies?”

Lingering on that question for a moment my mind wanders.

Nandis previous work has got me thinking of Katrine Helmersson. 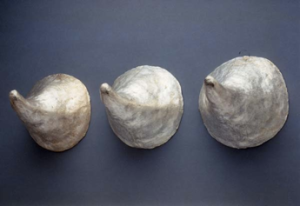 At first glance these artists, Nandipha Mntambo from South Africa and Katrin Helmersson from Sweden may seem almost contrary to one another. Yet in the realisation that they had been working rather similarly creates questions that should be answered. At least an critic most propably would find this interesting.

Studying The Animal Turn and postfeminist theory my friends gave me a helping hand in finding Katrine and that is how I came to discover that she also had been working with cow hide.Decades earlier.

Katrin’s career can be described as somewhat of a roller coaster, or, maybe an escalator. During the 1980s she started taking on themes and materials as if interpreted via post modernist theoreticists would fall under the categories of gender studies. Femininity, sexuality and such. At first glance they reminded me of women and their breasts. Of the bras that Madonna was using in her shows, of uneven breasts, not even pointy and therefore not sexy in the common sense.

Nowadays I interpret the silvery shapes in other ways. Maybe as some kind of excrements? Dirt, clay or something else that could have been waste now eshaped as beautiful breasts. Or just a simple hanger, suitable in a cloak room or hall way.

But this time it is Nandi and her exhibtion that is the reason for our visit so interrogating Nandi about that did not seem appropriate.

The questions I had prepared in my notebook would have to suffice.

Nandi is patient and polite even though she must have answered questions like that exhaustingly many times already.

Seemed to me that there was so much to learn and therefore I strive to be very careful with my next move. A deep breath and I continued.

“Your sculptures seems like female entities almost. Reminiscent of female beings on all fours. Looking somewhat like female bodies bowing down. Giving up, giving in?”

Obviously making a fool out of myself again with such an obvious uttering. And for that I had my reasons. Nandi continues, possibly realising my ineptity:

“I used to keep the meat and skin of the cows in my car. I borrowed my fathers car. My father did not want me to become an artist.” Nandi explains.

Yet another multilayered message that reminds me of multivariate analysis. A different way of creating and analysing statistical data.

“Is it because of the connotations with femininity that you started using the skin of cow corpses to make these sculptures?”

The history of animals such as cows has proved again and again that this animal have a special place in human history.”

Meanwhile the work outside the room in with we were doing the interview the work continued. The exhibition had attracted a lot of attention and that meant a lot of work for the Adréhn-Schiptjenko team.

I felt an urge to take another look at the exhibition. But I did not at that moment.

“Intellectuals nowadays are working with extending intersectionality to include animals. Have you considered that when working with these pieces?”

A brief pause. Then she answers:

So many details. And that feeling again. Of not being able to understand the true meaning of what the artist is telling me.

“Either way. I can only do my part. Contributing with small bits an pieces. Depending on how you regard size of course. We are all connected in one way or another. Also, I have obviously considered other animals but I work with cows.”

At that point I suddenly felt the urge to share something with Nandi that I had been trying to keep a secret.

“Actually. One of your pieces is in my possession. My husband bought it as a birthday gift to me in 2014.”

I knew that she knew. Or, rather, I realised that I had known. But saying it out loud had a different meaning. To me, at least. Now I felt even more unprofessional. Almost intimidated by the situation. But still, that urge to honour this art and the teams working with it.

“The sculpture had a special meaning to me in times of trouble and grief”, I confessed.

And from that point on I changed my mind a about art collecting. Before I did not want anybody to know that I actually am an art collector.

Katrine Helmersson is a graduate from the Royal Academy of Arts in Stockholm. As she works with similar materials and themes as Nandi.

The piece that had been lingering in my mind, almost haunting me, was silvery sculptures mounted on a wall outside a white cube at an art fair in the 1990’s. Interpreted via feminist theory the could have been analysed as cyborgian female breasts.

Katrin is also represented by Andréhn-Schiptjenko.

During the lecture at Konstfack I urged the students to analyse both Nandi’s and Katrin’s works in the light of Donna Haraways cyborg theory.

This article is therefore not a review, not an interview and definitely not an essay. I prefer to call it a call for a meet and greet between two great artist. Nandi and Katrin.

Since then two pieces of Nandi’s work are in my possession. And, as the icing on the cake I must admit that I suspect that they have already seen each other, maybe even been at the same place at the same time.

If it is so, dear reader, forget what you just read. Judging from experience it is possible, maybe even probable, that you already have. 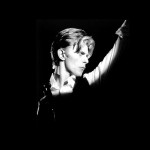 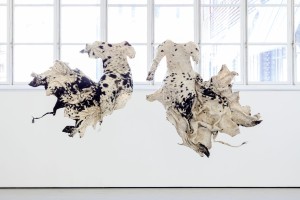 Du har läst:
The State of Art and the Animal Turn 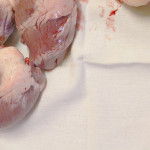